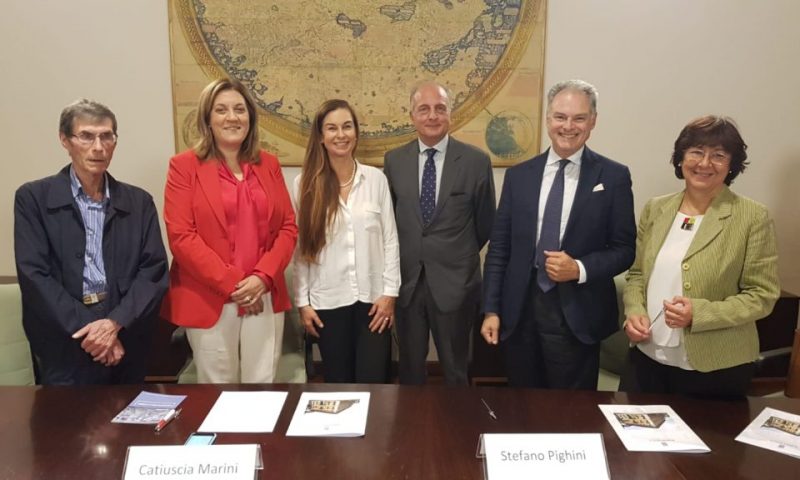 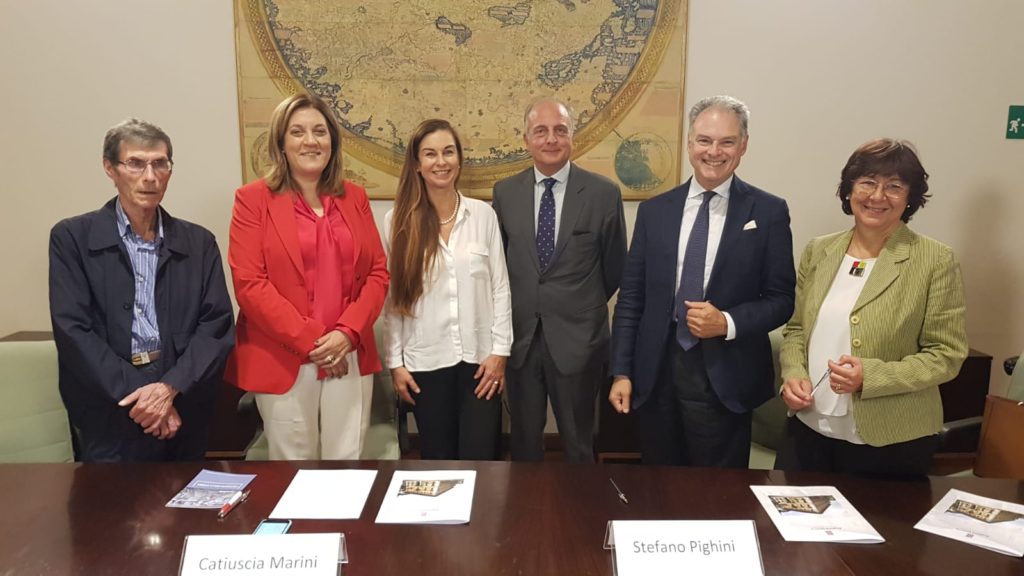 A precious 15th century crucifix made by the school of Giovanni Teutonico for the Cathedral of St. Maria Argentea in Norcia (Umbria), damaged in the 30 October 2016 earthquake, will be restored thanks to the assistance of LoveItaly and American Friends of LoveItaly.

A protocol of understanding was signed this morning at the Palazzo Donini in Perugia by the President of the Regione Umbria, Catiuscia Marini; the  Superintendent for Archeology, Fine Arts and Landscape in Umbria (MiBACT), Marica Mercalli; the Cardinal Vicar for the reconstruction of the Archdiocese of Spoleto-Norcia, mons. Giampiero Ceccarelli and LoveItaly Vice President, Stefano Pighini.

“We greatly appreciate this initiative – said Catiuscia Marini, President of the Regione Umbria – and I would like to thank both LoveItaly and Panorama magazine for organzing the fund raising especially in America.   There is no doubt that the restitution of these works of art contributes hugely to restoring normal life in the territory which, alongside families and businesses, has suffered enormous damage to the cultural heritage that represent centuries of history and faith here.  The Regione has been working ceaselessly to find solutions for the restoration and return of the numerous works of art damaged in the 2016 earthquakes.”

“This project  – Stefano Pighini stated – encapsulates LoveItaly’s mission to support Italy’s cultural heritage  as an experience of participation, sharing and active cooperation, which sees us all working together in this case on the recovery and reconstruction of the Umbrian artistic heritage.  The restoration of this precious work by the school of Giovanni Teutonico will be made possible thanks to private – public synergy and fundraising activated through a prestigious and efficient network created by the Regione Umbria, the Ministero dei Beni e delle Attività culturali e del Turismo, the Archdiocese of Spoleto-Norcia, LoveItaly and Panorama”. 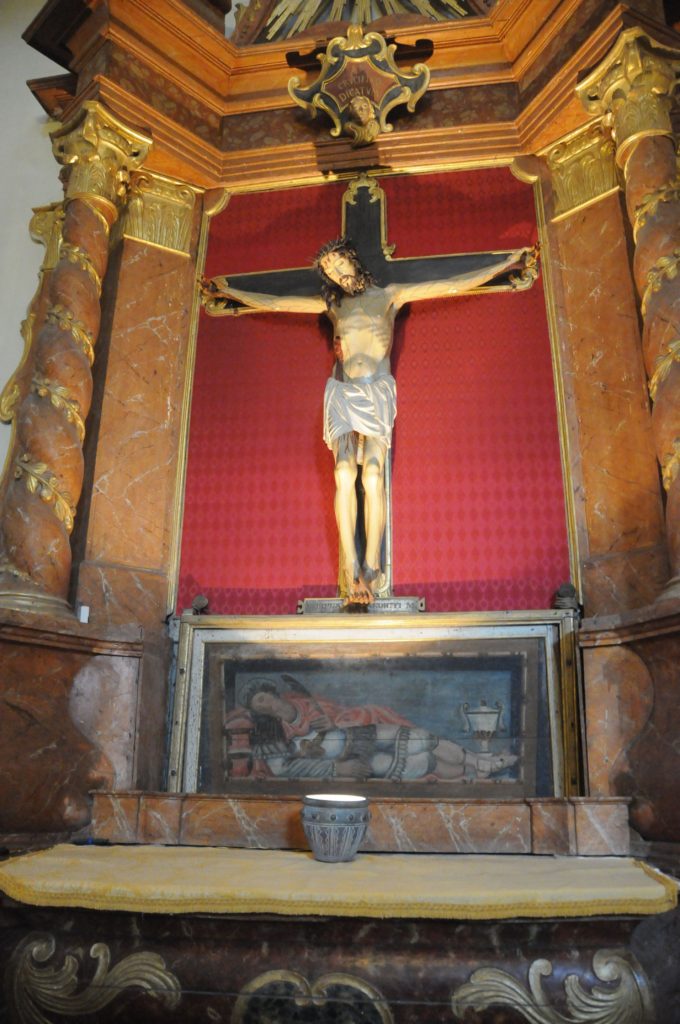 The XVth century wooden crucifix by the school of Giovanni Teutonico hung above the main altar in the Cathedral of St. Maria Argentea in Norcia since its commission in 1494 by the rector Don Ottaviano Tonti.  He recorded the purchase in the Liber Memorialis, a valuable source of information on the history of the church from the fifteenth century, where he wrote: «Item pagai ad mastro Janni todisco per le mano de Andrea de Simone, Joan Benedicto de Basilio et Jacomo de Montano fiorini 45 per un crucifissu». The earthquake of October 30, 2016, damaged both cathedral and crucifix.  The roof and upper perimeter walls of the cathedral collapsed, shattering the wooden crucifix and damaging the left side and the head.  The following month, firemen were lowered from a crane, over the debris that cluttered the church, to recover the work of art. 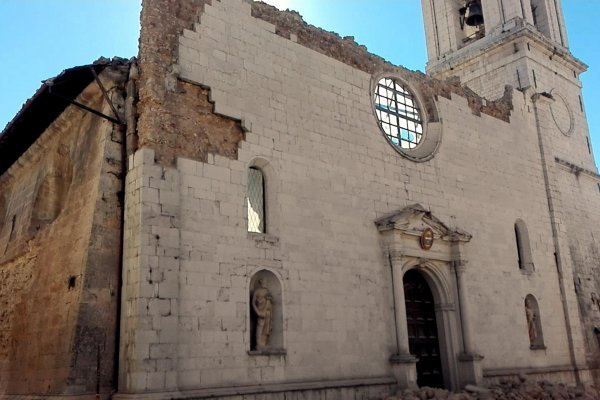 The sculpture was immediately transported by the Carabinieri of the Cultural Heritage Protection unit to Santo Chiodo in Spoleto which houses about seven thousand works saved from the devastating effects of the seismic events that began on August 24 2016 .

The Archdiocese of Spoleto-Norcia, the Regione Umbria and MiBACT – Superintendency for Archeology, Fine Arts and Landscape in Umbria are committed to publishing and/or sharing the results of the restoration work within their remits and as part of scheduled initiatives, and grant LoveItaly authorisation to publish the project and images of the restoration.