From 1494, a wooden crucifix made by the school of Giovanni Teutonico hung above the main altar in the Cathedral of Santa Maria Argentea in Norcia, Umbria. It had been commissioned by the rector Don Ottaviano Tonti who recorded the purchase in the Liber Memorialis, writing: «Item pagai ad mastro Janni todisco per le mano de Andrea de Simone, Joan Benedicto de Basilio et Jacomo de Montano fiorini 45 per un crucifissu». This valuable work of art expressed the sufferings of the crucifixion with great and engaging realism, and, furthermore, incorporated an unusual mechanism: a cord made the tongue move within the mouth of Christ, so he could ‘speak’ in times of sacred representations.

In 2016, the 6.6 magnitude earthquake of October 30 in Umbria caused the collapse of the roof and upper perimeter walls of the cathedral, damaging the left side and head of the crucifix. In November, firemen were lowered in a basket from a crane to recover the artwork from the debris cluttering the church. The sculpture was immediately transported by the Carabinieri of the Cultural Heritage Protection unit to the storerooms of Santo Chiodo in Spoleto which housed about seven thousand works saved from the devastating effects of the seismic events of 2016.

In November 2017, “This is Italy, Parts Unknown”, an initiative of Panorama Magazine and International Business & Investment Initiative (IB&II) organized a fundraising event at the Guggenheim Museum in New York to benefit Umbria.  One of the smallest regions in Italy, Umbria has an extraordinarily varied landscape. The region’s productive system can be defined in three key-words: innovation, quality and cohesion, evident in the 81,000 companies present in the territory. Industrial progress began in the late 1800s with the birth of the steel industry in Terni and continued through the 20th century with the production of chocolate in Perugia, making the area a milestone of Italian economy.

LoveItaly was present at the event, through its American association “American Friends of Loveitaly”, to collect funds for the restoration of the crucifix, a masterpiece of sacred art by one of Umbria’s most popular artists.

On September 19, 2018 a press conference was held at the Regione Umbria to mark the official launch of the restoration process. The work will be directed by the Superintendency for Archeology, Fine Arts and Landscape in Umbria and executed by the National Institute for Conservation and Restoration. 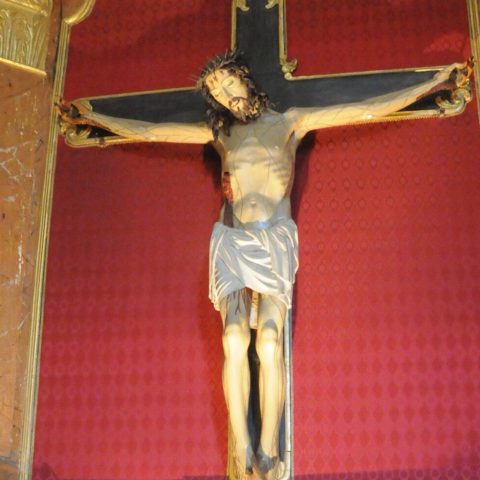 This is Italy, Parts Unknown: a Gala Charity Dinner in NYC 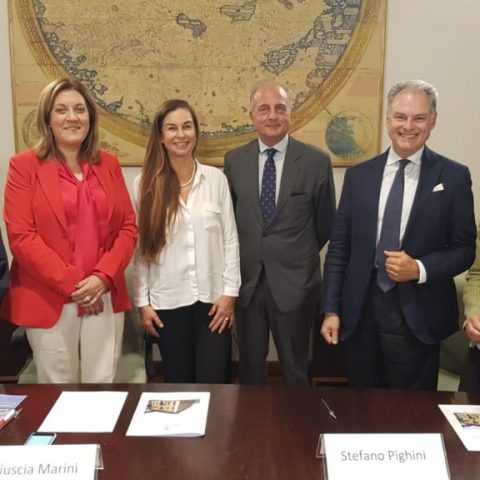