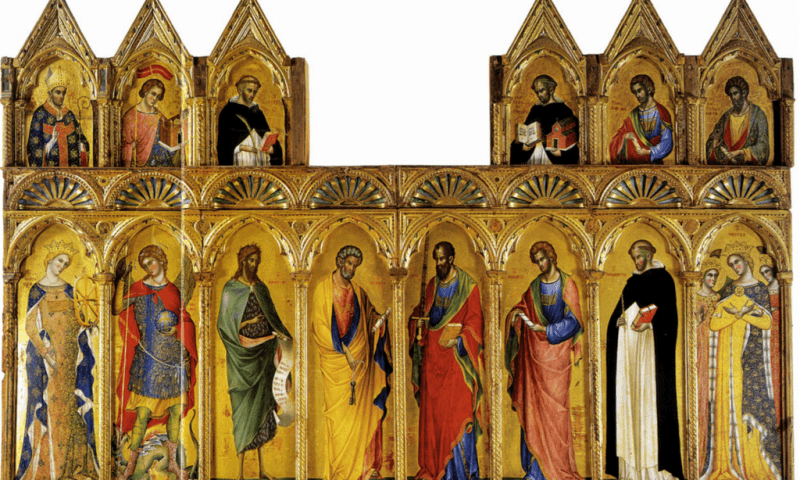 Among the many precious works of art in the permanent collection of San Severino Marche’s Pinacoteca Civica is a 14th century jewel – a polyptych attributed to the Venetian artist Paolo Veneziano (1300- 1365), known as “the Saints”.    The piece comes with a mystery as the central, upper part is clearly missing, along with other features usual for an altarpiece like this, such as the predella. 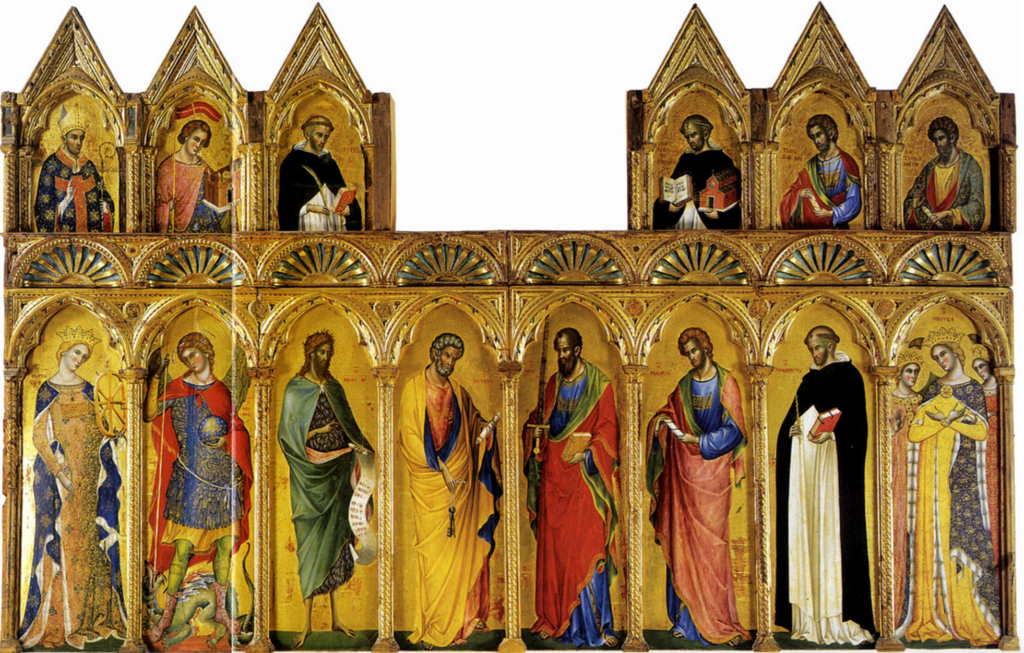 The Saints by Paolo Veneziano

After the Unification of Italy, many works of art in Italy went missing, entirely or partially, following the 1861 decree suppressing religious orders.  In the ensuing confusion, congregations hid or removed their treasures to avoid their seizure or to sell to collectors or merchants.  The polyptych – at the time attributed to Allegretto Nuzi – was no exception.  Along with other treasures from the Church of St Maria del Glorioso (where it was first catalogued), it was entrusted to a tenant farmer who used it as a screen in his home.  It was later removed by a local dignitary who had it brought, at night, to his palace where it stayed until a formal ministerial request returned it to the city.   When finally produced, the piece was in 19 pieces, having previously been dismantled to pass undetected.

However, this is not where the mystery starts.  The central upper part was already missing in 1820 when Giuseppe Ranaldi (1790-1854), a resident of San Severino Marche, catalogued the artistic heritage of the city in several volumes entitled Memorie di belle arti.  It was clear to him that “there must have been other figures in the midst of this order” and he concluded that “perhaps the main piece was missing”.  Later, the polyptych would be attributed to the Venetian School of XIV century, first to Lorenzo and later Paolo Veneziano.  At the same time as the attribution, various suggestions about the missing pieces were made, including “The Coronation of the Virgin” in the Frick Collection, New York and the “Crucifixion” in the National Gallery of Victoria, Melbourne. 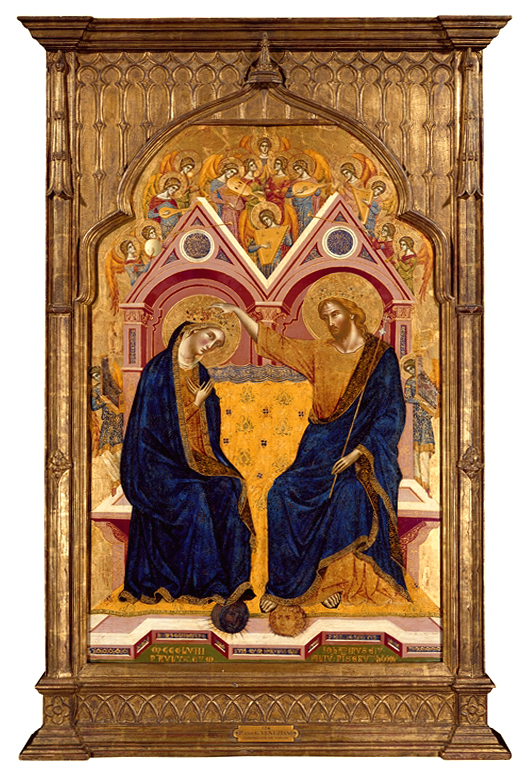 Today, the municipality of San Severino Marche wants to create a digital version of the polyptych.  Additionally, with the assistance of LoveItaly, the Municipality is working with Prof. Clini of Distori.org (Digital Heritage Lab of the Polytechnic University of the Marche) and ISCR (Italy’s National Institute of Conservation and Restoration) to investigate the compatibility of existing pieces that could have been part of the original polyptych.  To quote Federico Zevi, the Italian art historian: “The Polyptych must have been monumental … an exceptional size.  The central piece ..  has not yet been found.  I have many theories about this, however none seem definitive.”

Last month, the first tests were carried out by ISCR experts.  A spectrophotometer was used to measure the intensity of light on color and infrared analyses while high definition photographs will serve for in-depth information.  The results will be compared to similar tests on other pieces and perhaps a 200-year-old mystery may– partially – be solved.