“THE RACE OF THE BERBER HORSES”

at the National Academy of Dance in Rome

Thanks to the generous donation from the Ruth Stanton Foundation in New York, conservation work was announced to restore Corrado Cagli’s Race of the Berber Horses, a mural painting in the main dance room of the Italian National Academy of Dance in Rome.

The race of the riderless Berber horses (a North African breed also used in the Palio di Siena and sometimes referred to as Barber) in the Corso was a feature of the Roman Carnival. This was already based on a long tradition of tournaments and races when in 1462, after the election of Pope Paul II, Via del Corso (then known as Via Lata) was built purposely for races. The main event in the carnival was the race of the Berber horses. The horses were gathered around the obelisk in Piazza del Popolo where stands were erected so that the richest and most powerful people in the city could watch  the race start close hand. People would rent space along the Via Lata to watch the race and the balconies overlooking the street were adorned with ribbons and brocade and crowded with spectators throwing flowers and confetti.

The horses galloped down Via Lata to Piazza Venezia, where a large drape hanging across the road marked the finish line. The arrival and “capture” of the horses are remembered as extremely spectacular moments. Nobles, members of royal families, artists and travelers flocked to Rome for the race as the many written accounts and drawings that have been passed down attest. However, following the death of a young onlooker, King Vittorio Emanuele II abolished the event in 1874, which marked the beginning of the decline of the carnival of Rome.

The artist Corrado Cagli was commissioned in 1935 to decorate the walls of the Library for the newly planned building of the Balilla National Opera by the architect Gaetano Minnucci. The mural he created depicts the Race of the Berber Horses, commemorating the famous event of the past. Although commissioned during the Fascist period, the theme was not considered appropriate for the ideological rhetoric of the regime and the order was given to destroy the work.  However, Cagli succeeded in building a false wall in front of it, which was never discovered.   The wall was dismantled in 1945, bringing back to life a landmark testimony of the Italian culture of the Thirties.

LoveItaly was mandated by the National Academy of Dance and the National Institute of Conservation and Restoration to apply for a grant from the Ruth Stanton Foundation to finance the restoration.

The National Academy of Dance (AND) was founded in 1940 at the behest of Jia Ruskaja, a famous Russian ballet dancer, who gave the name to the Institution now known as “Accademia Nazionale di Danza Jia Ruskaja”. With the Legislative Decree of 1948, the National School of Dance obtained didactic and administrative autonomy. The study course at AND is eight years long and is followed by a three-year specialization course. Several theoretical subjects have subsequently been introduced to the program. Moreover, the students’ formative experience is enriched with numerous important international guests.

The building and land of the National Academy of Dance on the Aventine Hill are of exceptional historical and archaeological value. In 1930, the Fascist urban planning policy and regulatory plan transformed the entire area into an immense construction site. Early Christian basilicas were restored, the Circus Maximus was isolated and the enlarged surrounding streets were projected towards the Mediterranean.  At the time the building, known as “Castello dei Cesari”, was home to a famous restaurant.  In 1932 the ancient architectural complex and its grounds were donated to Mussolini who destined it for use by the “Opera Nazionale Balilla” (Fascist Youth organization) and the “magnificent and progressive destiny of the Fascist youth”.

The architect Gaetano Minnucci (Macerata, 1886 – Rome, 1980) was commissioned to renovate the rundown construction and the “Casa della Giovane Italiana” was inaugurated in the presence of Benito Mussolini on August 3, 1935.  In the early 1940s Minnucci expanded the original layout, carefully maintaining the rational balance between plaster and bricks, in a tribute to the architecture of Mies Van de Rohe. The walls of a Roman thermal complex from the Imperial era were transformed into a fascinating small internal theater with barrel vault, creating a magical continuity between past and present, echoed by the suggestive scenery of the Palatine Hill against the backdrop of the external grand theater.

In the 1970s, the complex underwent impressive renovations due to educational needs. The spatial subdivision of the interior was modified, altering its organic and rigorous complexity but leaving Cagli’s mural intact. Despite these interventions the entire complex remains a unique site in the world for its historical stratification and extraordinary charm and beauty.

National Institute for Conservation and Restoration in Rome

The work will be carried out by the National Institute for Conservation and Restoration (ISCR), established in 1939 and a specialized authority for the restoration and conservation of works of art and cultural heritage. Its School of Higher Education (SAF) for conservation is a five year course which trains future restorers. In 2008, ISCR became a technical body of the Ministry of Culture.

The Institute offers a multidisciplinary approach which allows theory to become practice in a setting where research, training, systematic and continuous restoration and experimentation take place simultaneously.  Art historians, architects, archaeologists, physicists and experts in environmental controls, chemists, biologists, and restorers of different types of materials of historical and cultural artifacts work together, making ISCR unique in the world.

The Institute’s renovations include: Assisi, before and after the earthquake; Leonardo’s “Last Supper” in Milan; the bronze statue of Marcus Aurelius; underwater findings; the Riace bronzes; the Tarquinia and Pompeii murals and the Tower of Pisa. These are, however, only a small part of the valuable work that ISCR has done over the years.

The wall supporting the mural painting is badly damaged which has caused cracks. Most of the damage is from water infiltration from the terrace above and cracks in the outside walls. Before restoration of the painting begins, work must be done on the support structure. 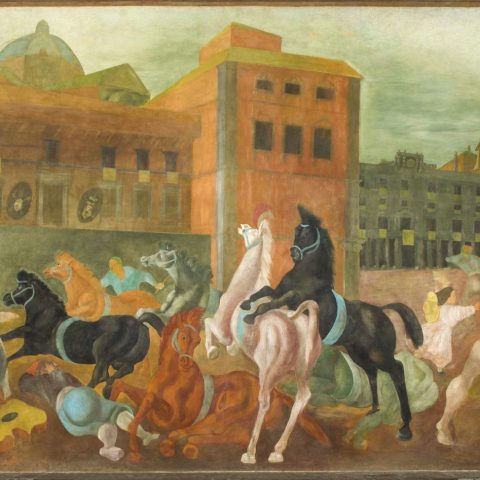 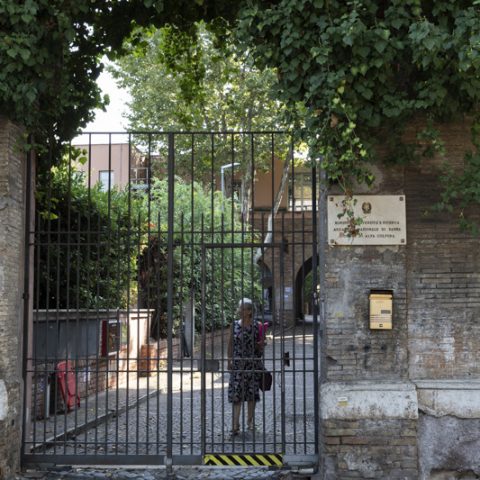 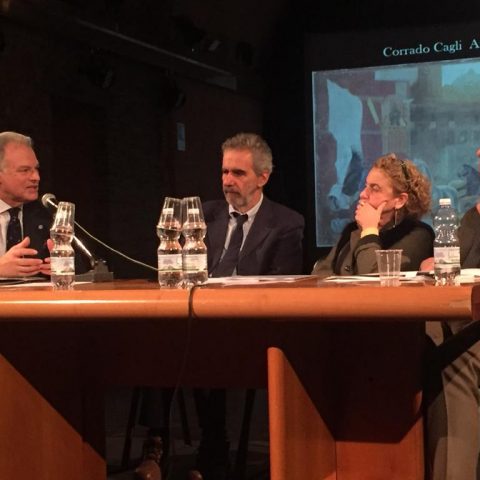