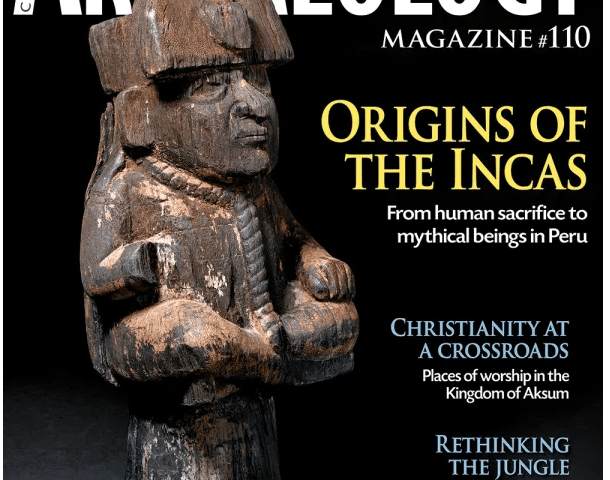 LoveItaly is greatly honoured by this feature in the prestigious World Archaeology Magazine.

Rome, to misquote the Californian novelist John Steinbeck, bites deep. It is a dream place that isn’t quite real when you are there and becomes beckoningly real after you have gone. Now the city is suffering badly, and this bites deep. The consequences of coronavirus have devastated its tourist industry. Countless shops have closed. Tourists have been a rare species, even endangered. Not everyone, of course, is unhappy about this. Italian friends love having the city to themselves and the freedom to enjoy its treasures. Then they have remorse for their sentiments. They know full well that, like Florence and Venice, the city’s economy is on its knees and only government intercession has provided support for those afflicted by the pandemic. No one knows quite how this will play out.

The omens are hardly propitious: tourism and culture take a back seat to Italy’s interminable political squabbles. The need for a tourism strategy intimately linked to maintaining the nation’s peerless cultural assets has never been more compelling. Around 20% or more of Italians work in a sector that is presently non-existent. More than 20% of the country’s income comes from home-grown and international visitors. Most of all, the strategy needs to attract high-end tourists – principally enamoured Americans like Steinbeck – and persuade them to leave the bucket-list places and sprinkle magic dust or dollars far and wide. Greece and even Albania (until recently a pariah neighbour) are all too conscious of the importance of a strategy for this sector. As in confronting climate change, a scheme involving investment in cultural assets has never been more compelling.

Archaeological and artistic sites are fragile and require constant curation. Controlling numbers by using flexible pricing, until the advent of the pandemic, has been anathema to Italian cultural managers. Now, however, the unthinkable may just be possible. If so, the winners will be Italy’s archaeological treasures. In the aftermath of the pandemic maelstrom, Italy’s cultural sector has never been more in need of advocates who can help the sector deal with globalisation. As it happens, help is at hand from two well-versed charities and one that is both new and rather special. Venice in Peril and FAI (Fondo Ambiente Italiano) are well-established philanthropic actors in Italy. Venice in Peril was founded in 1971 by the historian of Byzantium and the Normans, Lord Norwich, working with a network of British philanthropists. FAI was the idea of Elena Croce, the daughter of the great Italian philosopher Benedetto Croce. Croce wanted to create an Italian version of the British National Trust and so, thanks to Giulia Maria Crespi, it came to pass. Now nearly 50 years old, FAI has amassed a membership of nearly 200,000 and, significantly, taken possession of about 30 palaces and villas, as well as magnificent gardens and precious landscapes. FAI’s present president is the legendary archaeologist of Rome, Andrea Carandini.

A third charity has joined these two well-connected entities. Based in Rome, LoveItaly is now in its seventh year and its accent is decidedly American and not patrician. It owes everything to the dynamism of a Californian who is every bit as Roman as the Romans as she races around the Eternal City on her Vespa, her long, rampant hair flying in the wind. Enter Tracy Roberts