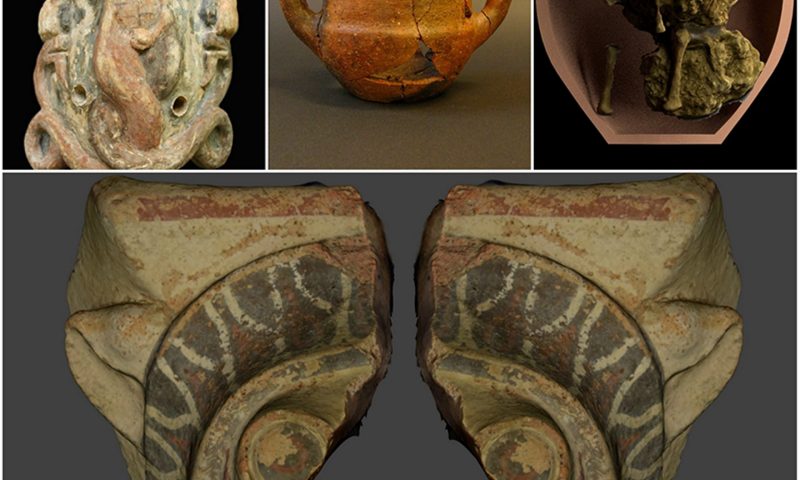 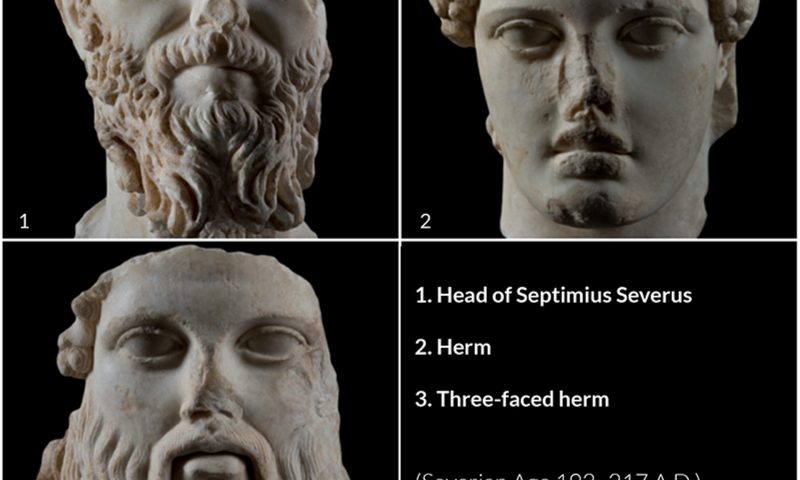 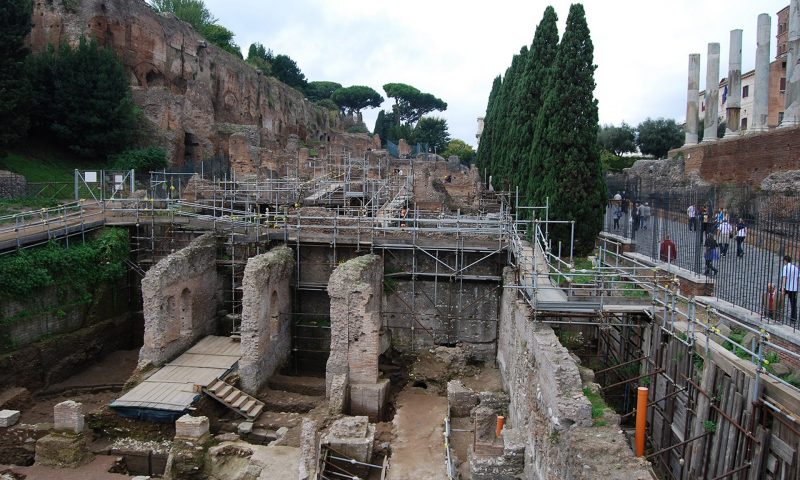 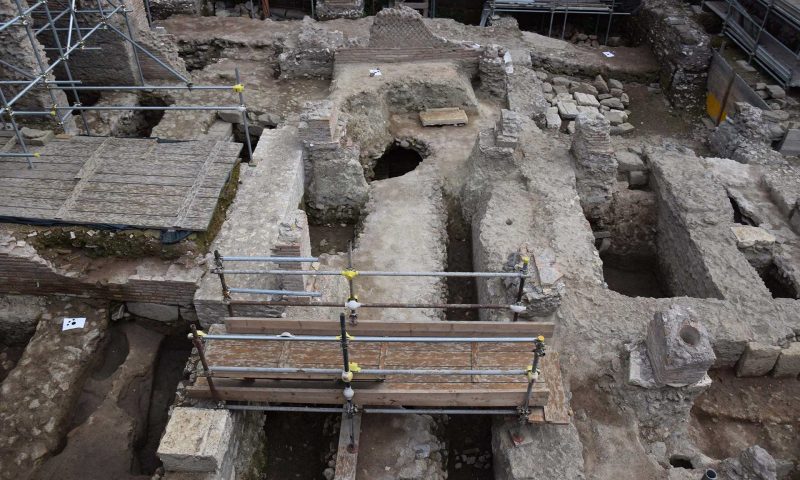 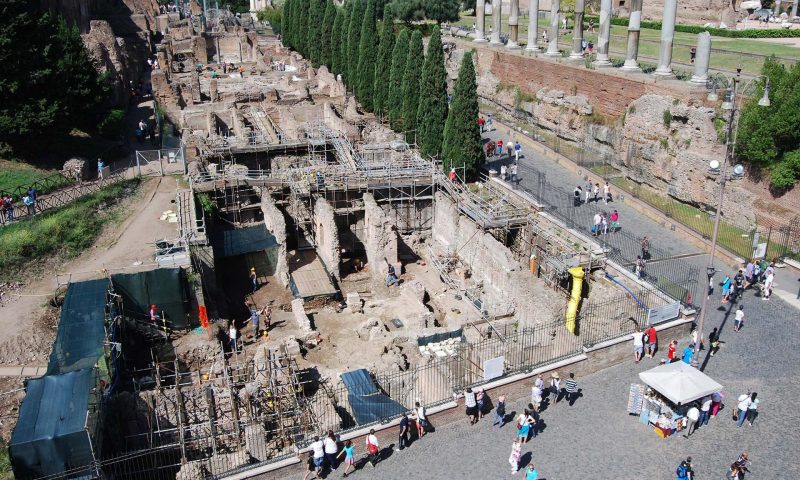 In one of the world’s most ancient cities, next to one of its best known monuments, is a pocket of blank history waiting to be explored.   In an excavation site dominated by the Colosseum, Professor Clementina Panella is guiding a team of archaeology students as they search for evidence of the earliest urban activity here. They are looking for the origins of a sanctuary on the Palatine Hill, established by Romulus – the legendary founder and first King of Rome – as ancient as the city itself.

Ancient sources record that Romulus built the sanctuary of the Curiae Veteres on one side of his square city. It appears to have been a vast sacred area, where the earliest populations of the city-state would meet, celebrate their common goddess and eat together, on equal footing, regardless of rank or class. This tradition, unique to Rome, continued until the rituals of the ancient world died out.  However, as the city’s leaders and Emperors honoured this tradition, they redeveloped the sanctuary space, so that over 2800 years later, few material traces from the time of the Kings are visible.

Prof. Panella’s team is searching for these missing pieces of Rome’s history. And they are so close to reaching the very origins of the Curiae. Their recent discoveries have confirmed the sanctuary area, identified a later boundary wall and unearthed traces of building works, with richly decorated architectual elements and objects used in religious ceremonies including ritually conserved animal remains. The only way to be sure that they have found it all is to reach the layer of geological soil. Then they reach the birth of the city itself.

This is a rare opportunity to delve back in time to find the missing piece in the history of Rome.  The Palatine Hill, birthplace of the city, has already revealed incredible finds, instrumental in recreating the history of Rome and understanding the development of Western traditions.  Your contribution will allow the archaeologists to uncover the secrets still hidden here in this sacred place, once the centre of the ancient world.

Since 2001 when excavation began, this site has yielded a wealth of significant discoveries: from ancient Iron Age huts to the domus venerated as the birthplace of Augustus, first Roman Emperor; from the traces of the Great Fire of 74 A.D. to the sceptres belonging to the Emperor Massenzio, buried around the time he lost Battle of the Milvian Bridge and the Emperor Constantine took the city and changed World history and fragments of ancient imported ceramics, Attic vases of extraordinary quality and the earliest piece of painted pottery yet to be found in Rome. These incredible finds have been instrumental in recreating the history and understanding the development of the city.   Read more:  Discoveries and Finds from Palatine Excavation

The excavation is directed by Prof. Clementina Panella of Università di Roma La Sapienza in collaboration with CISTeC (Research Centre in Science and Technology for the Conservation of Historical-Architectural Heritage), directed by Prof. Maria Laura Santarelli.

Prof. Clementina Panella has lead excavations here since 1983, she knows the area, its history, and the difficulties involved.  Describing Rome as “a city that eats itself”, she is adept at working in the honeycomb of structures 5m below street level, amid the foundations and utility ducts of buildings from multiple eras.   During the past season of field work, the excavation reached below the present day water table causing understandable difficulties for the archaeologists.

Prof. Maria Laura Santarelli’s research uses innovative techniques to analyse materials from different historical phases, identifying production techniques, original composition and use.   This provides essential information about the socio-economic character of a population, for the identification of archaeological periods, structures and the use of specific environments.  Read more:  Scientific Support _ Palatine Hill Excavation

The Excavation Project is strongly committed to the education of young graduates.  It will be coordinated by research assistants and one or more fellowship assistants and provide the opportunity for many undergraduates (Italian and international) to develop their  experiences in the field.

The end point of the process is the sharing of information with the wider world, through academic publications, seminars and lectures, media articles and museum displays, informative publications for the public and workbooks in English.

All donations will be allocated to the project, regardless of whether the goal is reached.

Breakdown of the Costs for Palatine Hill Excavation 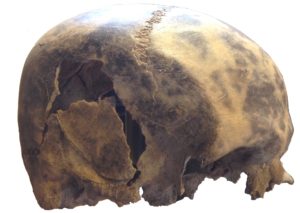