The San Francisco/Assisi Sister City Committee has begun a fundraising campaign to restore a 17th century Assisi wall fresco or “Aedicula”, on Via Frate Elia, the street leading up to the magnificent Basilica of St. Francis in Assisi, Italy.  In Ancient Roman times, an “Aedicula” was a small shrine often appearing on city walls protecting a house or city streets. The Frate Elia fresco portrays St. Francis of Assisi and St. Clare praying to the Madonna.

The fresco is exposed to constant atmospheric agents and pollutants, which over the centuries have contributed to degradation and have compromised its state of conservation. 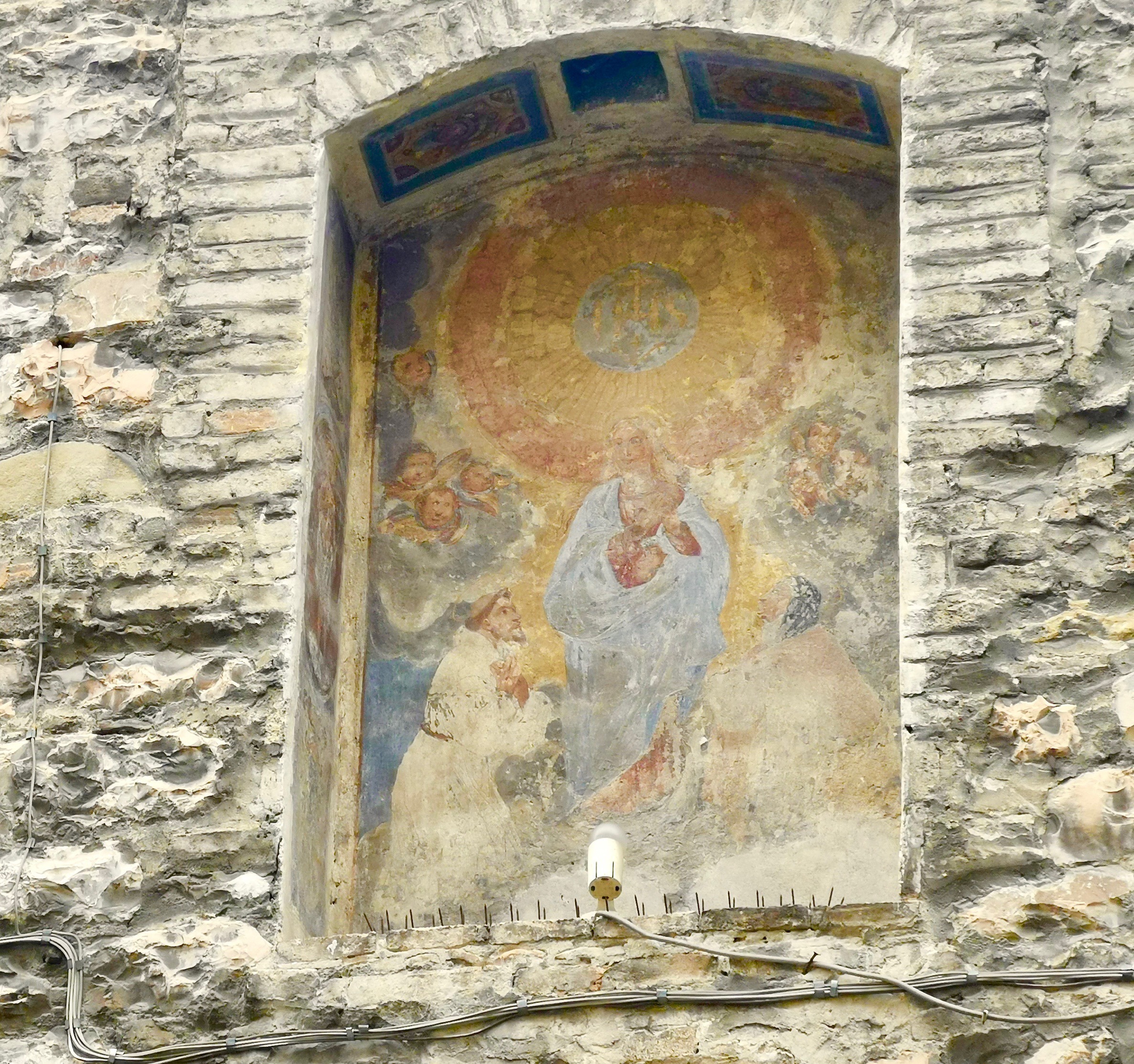 Help to Restore the Fresco

The fundraising goal is €15,000 (about $17,000) to cover the restoration costs. If you would like to contribute to returning the original beauty of this ancient fresco, please click on the button to make a US tax deductible donation through American Friends of LoveItaly, a 501 (c) (3) nonprofit organization based in Menlo Park, California.

The San Francisco Assisi Sister City Committee is working with Roots of Peace to raise funds for the Assisi fresco.

Roots of Peace is a San Francisco Bay Area Headquartered non-profit organization which works to cultivate peace through agriculture worldwide. On September 21, 1997, following the tragic death of the late Princess Diana, the vision began to eradicate an estimated 70 million landmines in over 70 countries. Heidi Kuhn, Founder/CEO, is a cancer survivor, and deeply believed ‘Cancer is a landmine, and landmines are a cancer to the earth.’  Since then, she has raised funds and awareness to remove over 100,000 landmines/UXO and plant fruit trees on former war-torn lands. In the spirit of St. Francis of Assisi the Gardener, namesake of San Francisco, Roots of Peace is proud to partner with the Sister-Cities program to renew the frescos.

For more information on Roots of Peace please write to:

For more information on how to contribute to the Assisi wall fresco restoration please contact: 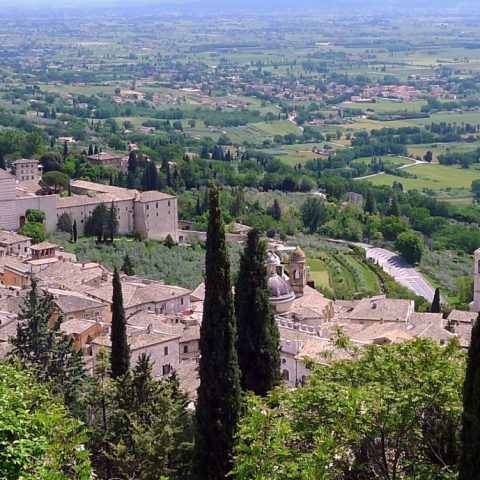 A celebration of Peace in Assisi